MDC 2019: First “birthday” and one driveshaft

Tomas Ourednicek and David Kripal celebrated a kind of birthday today – the first anniversary of surviving their horror accident in the first stage of Morocco Desert Challenge 2018. But unfortunately, the celebration wasn’t as happy as it should have been, instead of birthday cake they had to cope with a broken driveshaft in the stage, losing significant time.

„We lost of a lot of time today due to a broken driveshaft. We also had some navigational problem, like almost all teams. The day started well for us, we were fast, we found a good pace, passed some cars and trucks. Passing one of the trucks took almost an hour, and after our problems, it got back in front of us.

At the neutralisation we checked the car and we found out that a driveshaft was broken. We fixed it, but it took quite a long time. Just before the finish, the car stopped twice, but after reset we managed to ‘reanimate’ it both times. I think with today’s time loss chance for a good result is over for us, but we are still in the race, and that is what important at the moment,” Tomas Ourednicek evaluated the day. 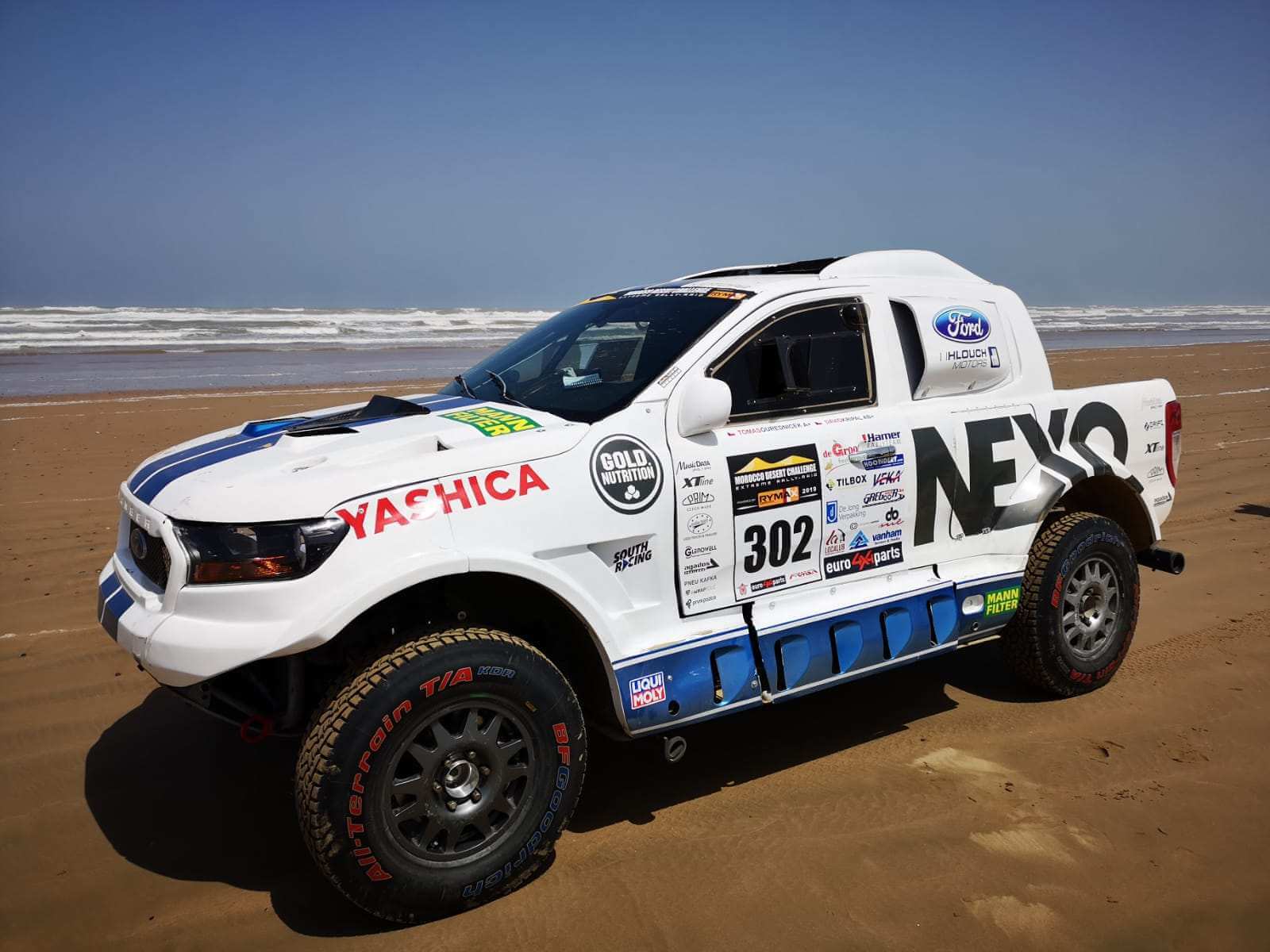 “Here we are, in the finish of the third stage already, but we’ve had a lot of technical problems already. Today we lost about 45 minutes with a broken driveshaft. This year’s race is really not easy for us, but we are still fighting,” co-driver David Kripal added.

Tomorrow competitors of Morocco Desert Challenge will head from Assa to Foum Zguid, completing 425 kilometres against the clock. The finish of the rally will take place on Saturday, 20 April in Saidia, on the shores of the Mediterranean Sea.