One of the fastest privateer Dakar racers over the past years, Lithuanian driver Benediktas Vanagaslost his trusted co-driver right before departing to Saudi Arabia. In just three days after an incredible turn of events he ended up teaming up with Filipe Palmeiro from X-raid team.

For the last four years Polish co-driver Sebastian Rozwadowski was the one who sat next to Benediktas Vanagas. The pair were said to have quite the synergy.

However few weeks prior Sebastian was visiting Dubai where he contracted a virus the origin of which is yet to be determined by doctors. 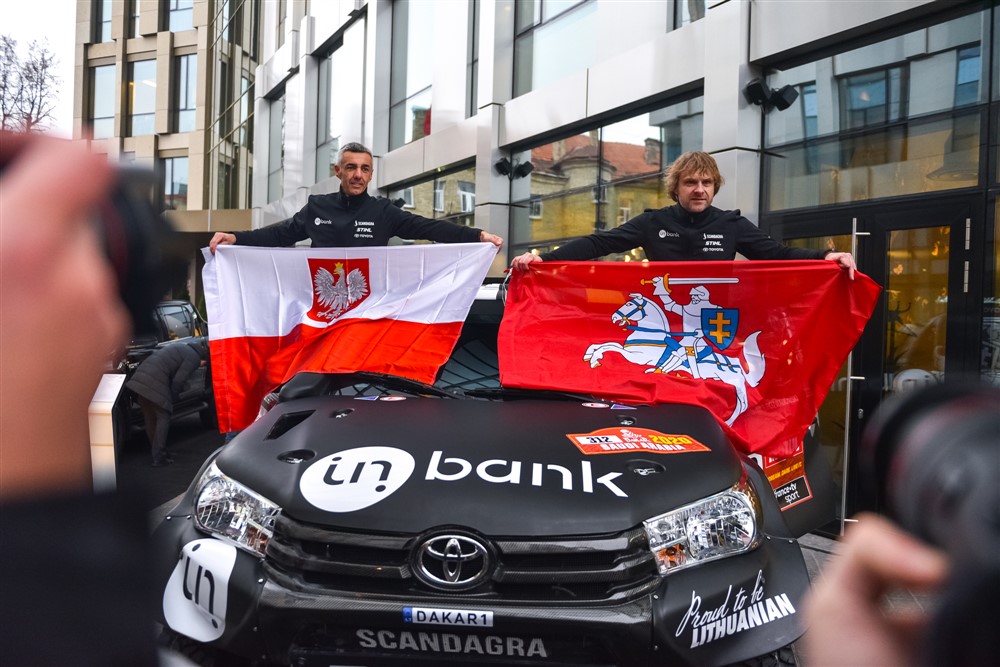 As the start of 2020 Dakar was drawing nearer and the health of their trusted co-driver was not improving, Inbank team Pitlane realized they have to resort to plan B and look for a replacement for upcoming marathon. 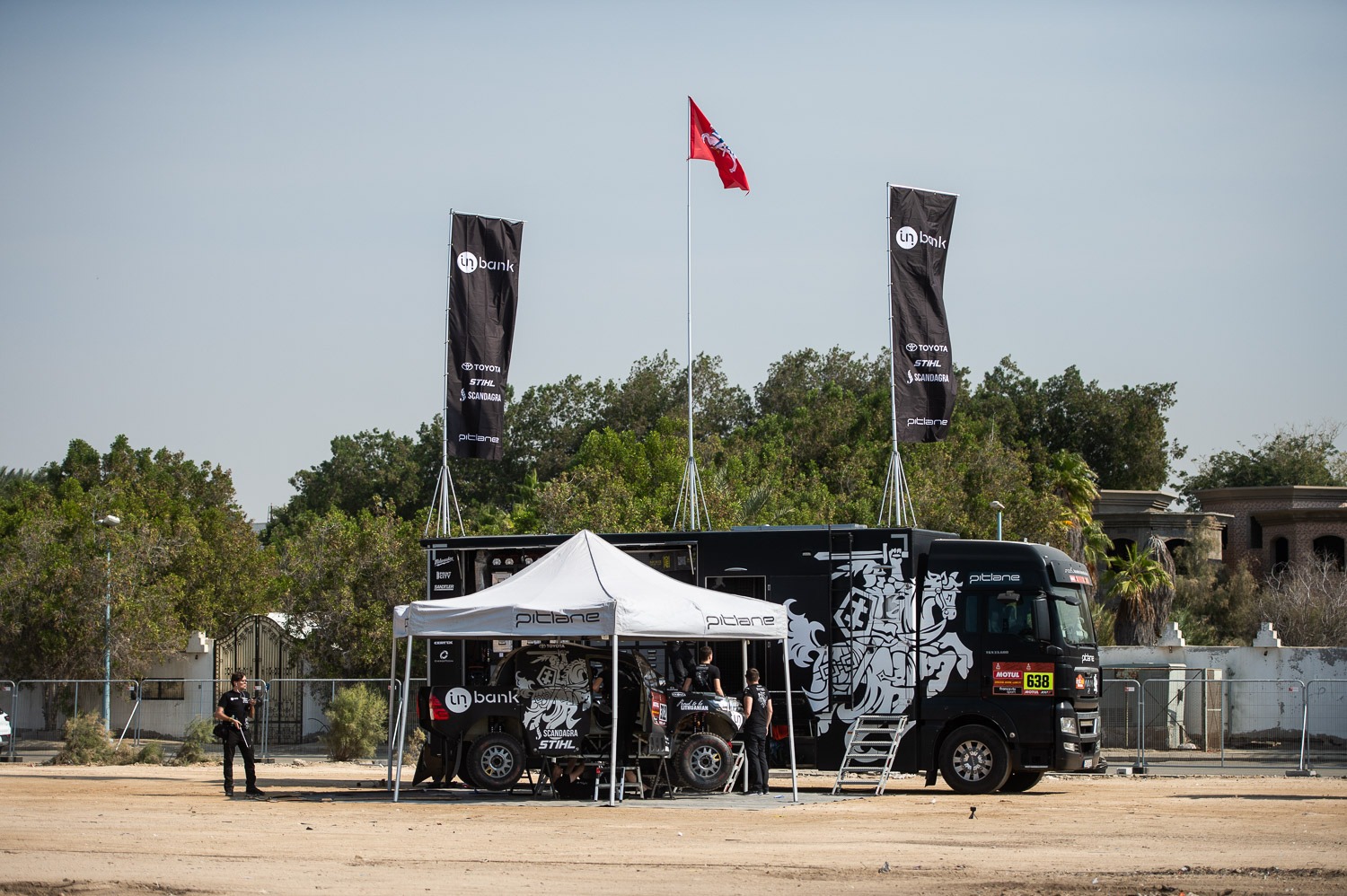 Benediktas says he received help and support from 15 or more top tier Dakar professionals including best pilots, co-drivers and even journalists. The heads of both major teams of Toyota Gazoo Racing and X-raid Mini were also deeply involved.

“Honestly I was surprised to get so much assistance, especially from major Dakar teams. We must have done something right during last seven years be acknowledged like that”, he added.

Very quickly the list of possible candidates was narrowed down to seven co-drivers and then to the best three. 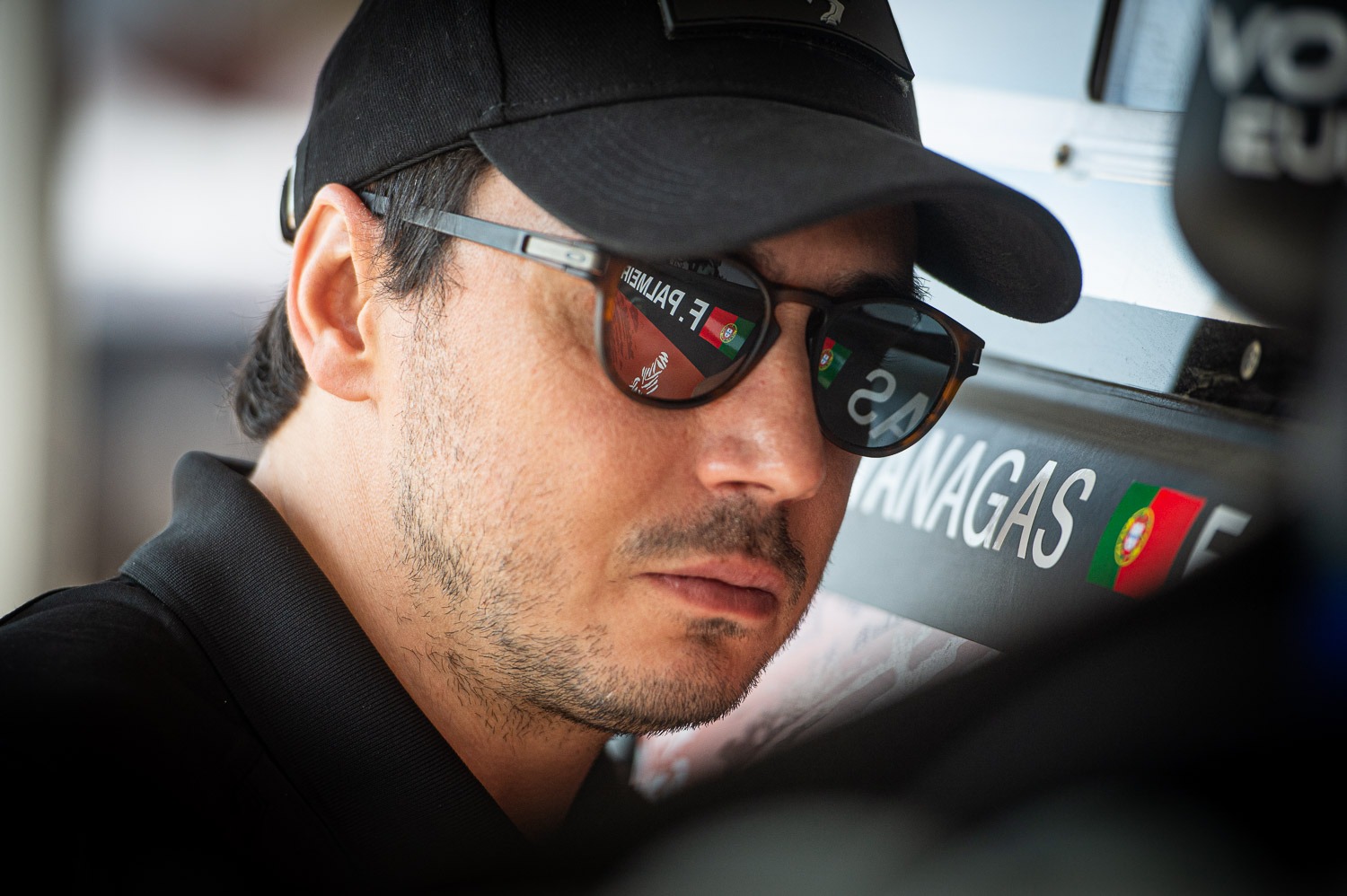 Of those Filipe Palmeiro made the final cut, but after hearing the terms that X-raid asked to be met for them to lend an experienced Portuguese, team though it would not be possible.

“Felipe is still a contracted X-raid Mini co-driver, so all the details of the possible agreement had to be discussed with the head of the team Sven Quandt. He is one of the most important people in all of the Dakar” explains Benediktas Vanagas. 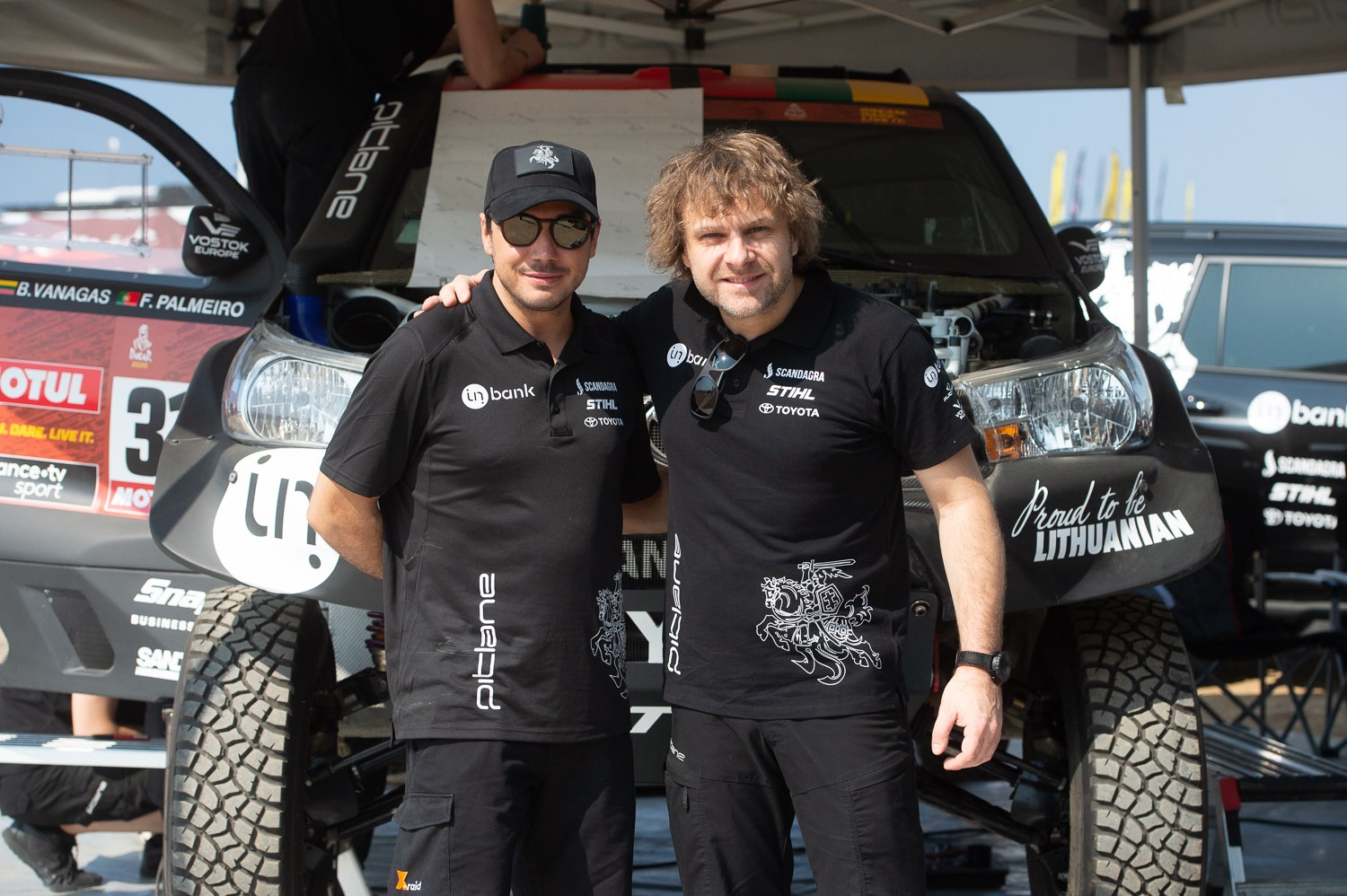 Boris Garafulic who usually drives with Filipe Palmeiro withdrew from competition due to disturbances in his home country Chile. He acted as middleman between Lithuanians and X-raid team and helped to settle an agreement. 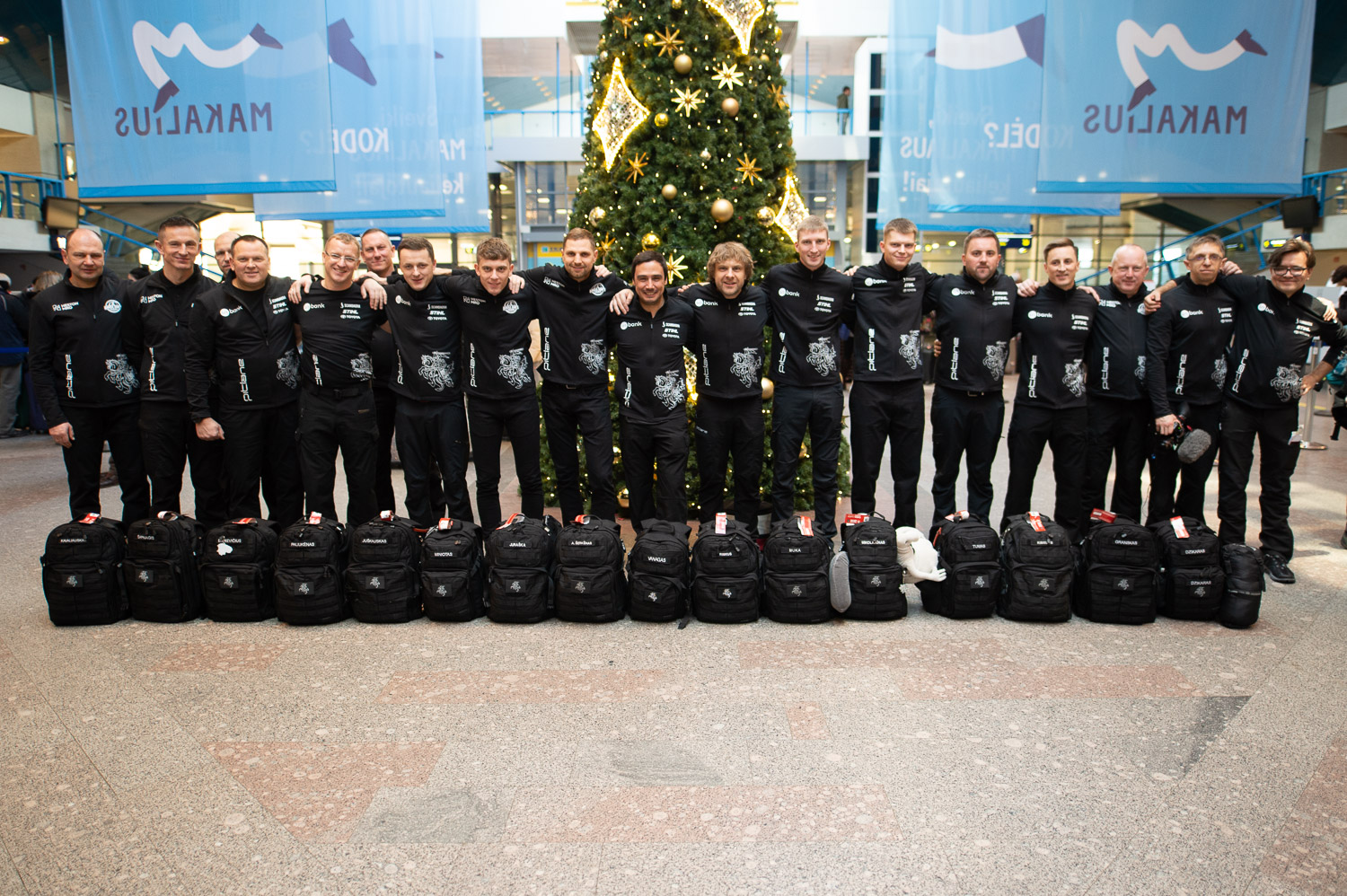 Benediktas admits that with a new co-driver he no longer has the benefits of mutual crew experience. However he stays positive and says that after getting to know Filipe they will be still going for the perfect result. 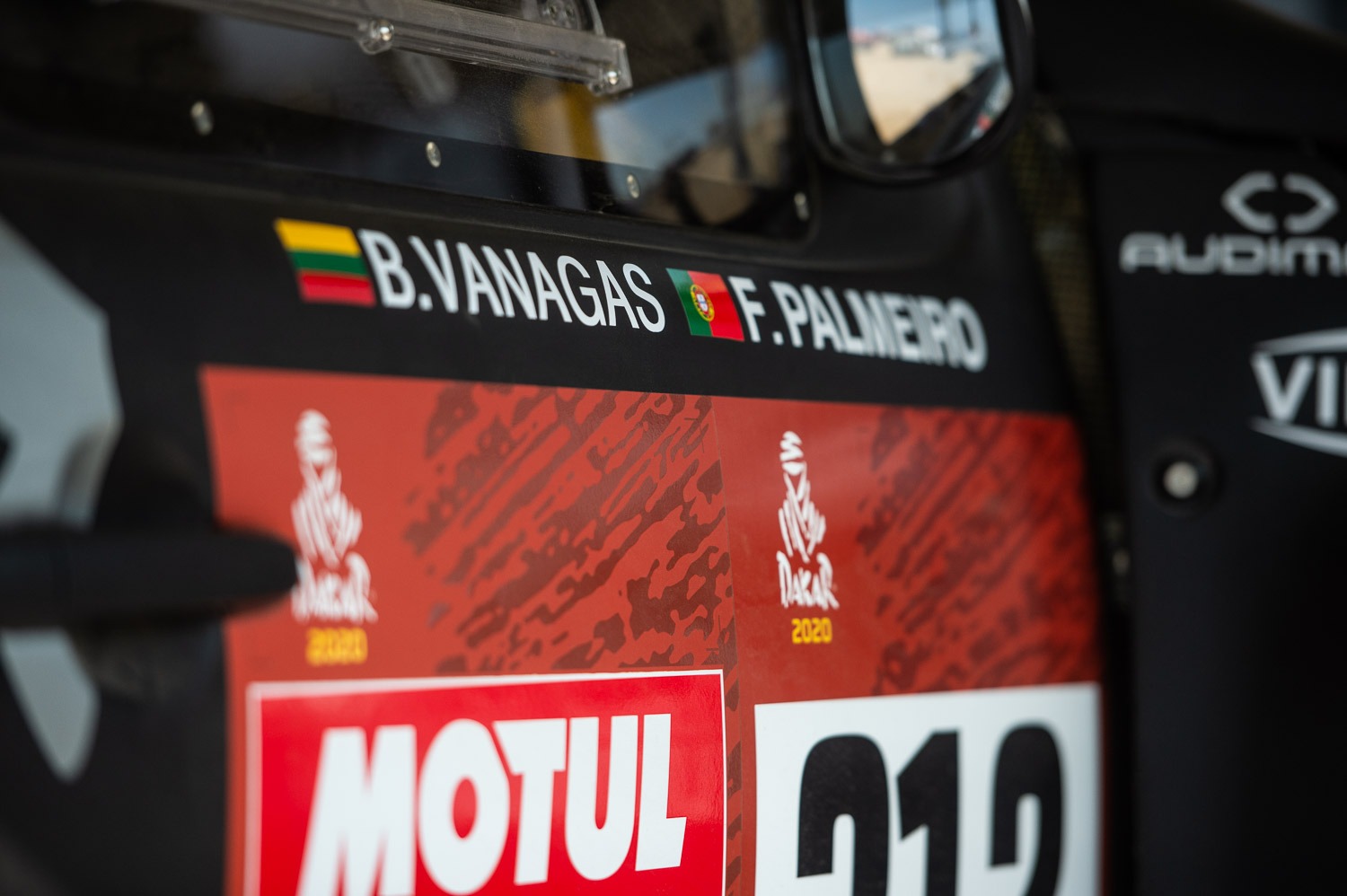 „What our goal this year? We will fight till the end, same as every year“, racing driver remains confident.