The second longest stage of this 41st edition of the Dakar was presented with a variety of tracks that alternated dunes, dirt tracks and kms to travel along the beaches of the Pacific. After tackling the difficulties of the Ica dunes, the crews traveled the Pacific Ocean promenade for a hundred kilometers between dunes and sandy shoreline. 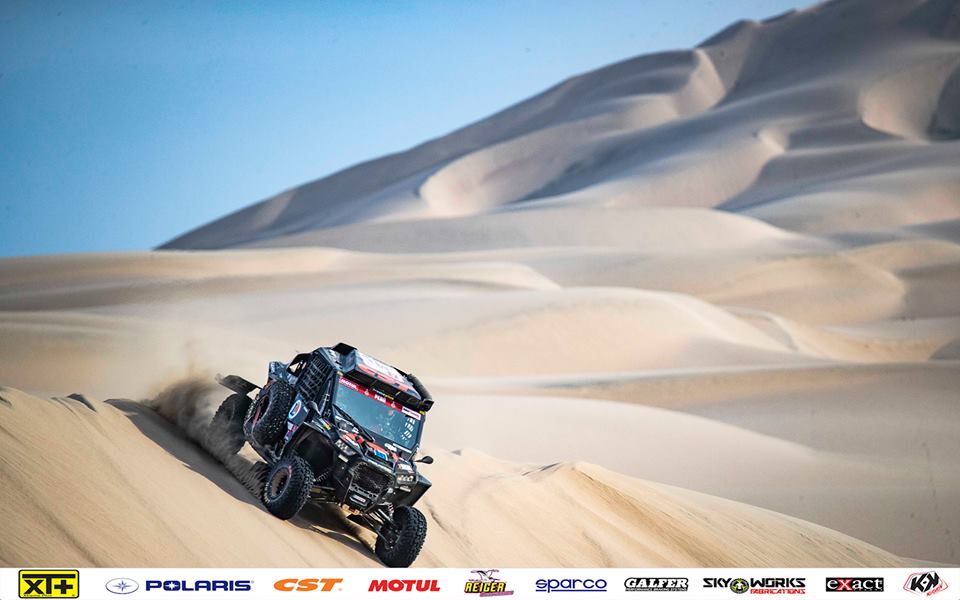 The best time of this second stage of the Dakar 2019 Xtreme+ made it with Eric Abel and Christian Manez (# 341) who arrived at the finish with a time of 5h22'44". "Our main goal is to cut the final finish line in Lima: this is why we try to preserve the Polaris as much as possible and to manage every single stage in the best possible way. Today the navigation wasn’t simple but Christian was really good even if the route was presented with different areas of soft sand and fech-fech" - explains Eric Abel. 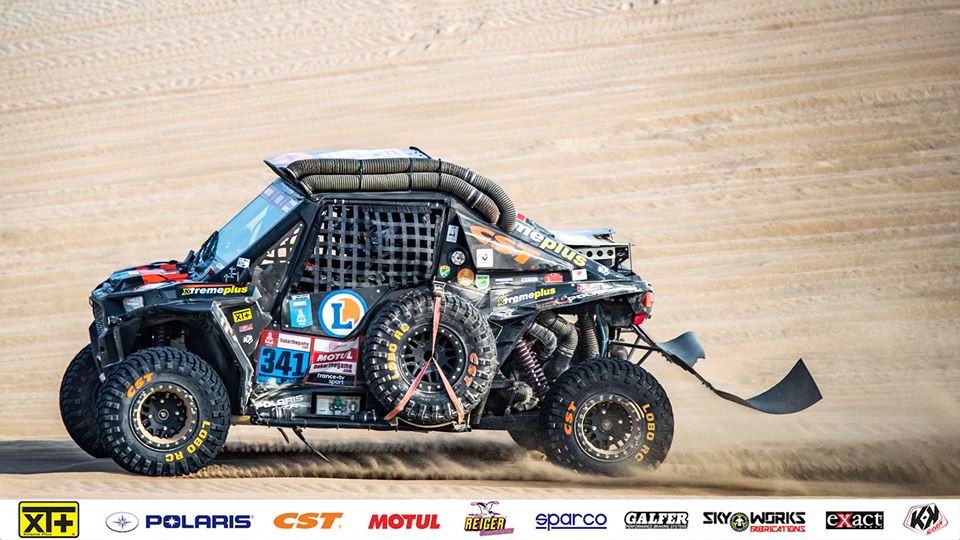 Good test also for the Polish driver Maciej Domzala, sailed by Rafal Marton: the pilot of Milanowek brought the Polaris RZR 1000 Turbo #376 at the end of this special test that offered a type of land different from each other. "Today despite the fech-fech on the track I had a lot of fun driving the Polaris with which I am gaining confidence - explains Maciej - It was a good break-in stage; from tomorrow we start to get serious ". Domzala/Marton have recorded a time of 5h49'38" and now they are at the 27th place of the provisional general with 7h29'07". 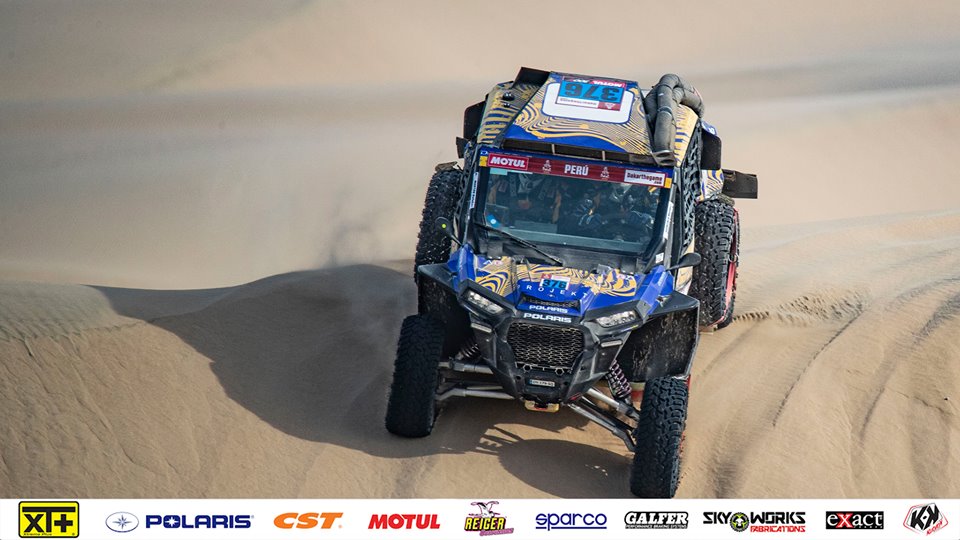 "A beautiful special with different types of terrain and an enchanting path that has flanked for about 50 kilometers the Pacific Ocean on one side and high mountains of rock and sand on the other" - commented the Mexican pilot Santiago Creel Garza Rios, sailed from the Polish Szymon Gospodarczyk. At his debut at the Dakar, the driver of Mexico City has brought the Polaris RZR #362 to the finish line of this second stage of the 2019 rally with a time of 5h34'30" finishing in 23rd place overall (7h08'32").

Just over 6h26' for the other French crew competing with the colors of the Gorrevod team: at the helm of Polaris #359, Ronald Basso and Julien Menard completed the path that from Pisco accompanied to San Juan de Marcona without details difficulty neither driving nor navigating. After the second stage, Basso/Menard are in 29th position with a total time of 8h03'53". 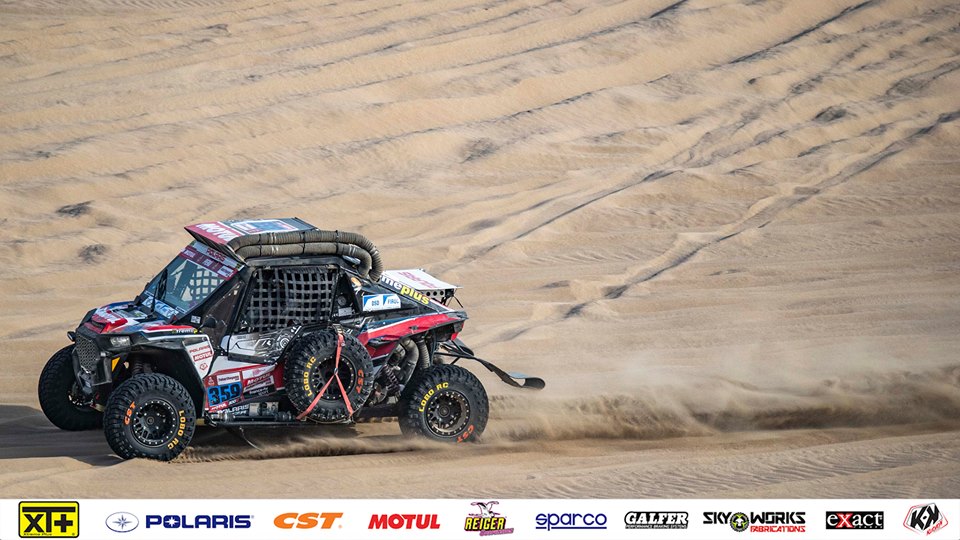 The Team Manager Marco Piana, sailed by the Swiss Steven Griener, has crossed the finish line of the Pisco-San Juan de Marcona stage in 6h46'23" always available to the 4 Polaris crews as fast assistance. 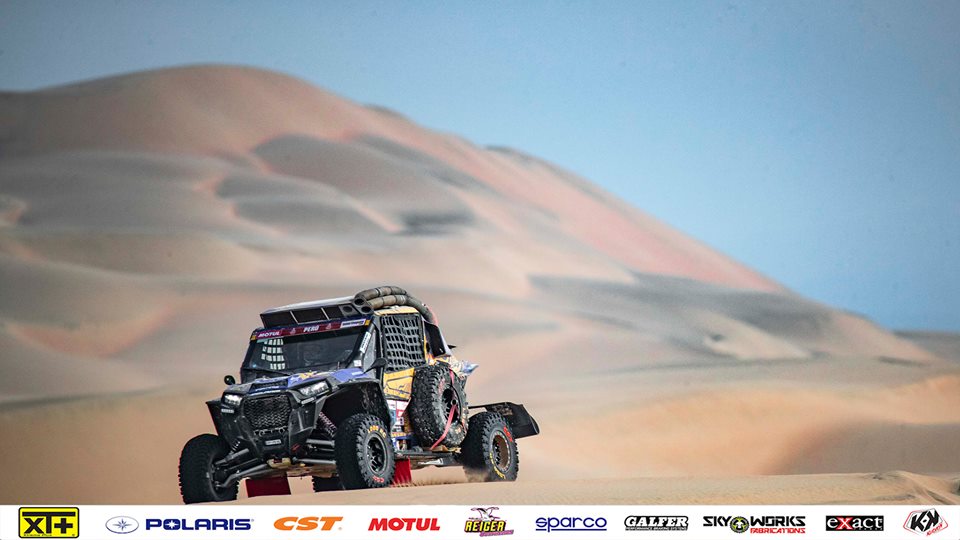