The fifth stage brought the MINI JCW Buggy crews back from Tacna to Arequipa. France’s Stéphane Peterhansel and David Castera crossed the finishing line in third place, a result that ensured they stay second in the overall standings. Their team-mates Cyril Despres and Jean-Paul Cottret (both FRA) finished the day in sixth position. Carlos Sainz and Lucas Cruz (both ESP) just missed out on the top 10 as they finished in eleventh. However, heavy fog meant that the stage halted at CP3 for the following cars. The final result is yet to be announced.

Peterhansel and Castera were involved in a battle for the leading positions for almost the entire duration of the stage. But then, just before the finish, a fesh-fesh hole cost them a lot of time. “We were fast at the start of the stage, with some areas of fesh-fesh,” reports Peterhansel. “But we got through that alright. Then there were some sections that were similar to the WRC, which were lots of fun. Everything went well until 30km from the finish when we got stuck on the fesh-fesh. I've never seen fesh-fesh like it. It was like powdery snow and I sank right in when I got out. Luckily, Nani was able to help us."

Despres and Cottret finished in sixth place but are far from happy with how their day went. “Early on, we made good progress on the beach,” explains Despres, who is currently sixth in the overall standings. “We were on a stony section after about 100 kilometers and we must have hit a stone there. That made a hole in the brake line so we had to stop to repair it. Later on, we had some problems with the tire pressure system. The brakes weren't working properly either. It was a crazy finish, driving on fesh-fesh in the fog.”

Carlos and Cruz had some bad luck today. “We were driving through fesh-fesh and suddenly I couldn’t see anything,” explains Sainz. “I had to drive very slowly but we still managed to get stuck. It was Ein Kamaz who pulled us out. We had more problems during the neutralization phase when I wanted to leave the asphalt and got stuck in a deep hole. Kamaz had to pull us out again and this meant that I didn't make it to the start on time. That was just a day to forget.” 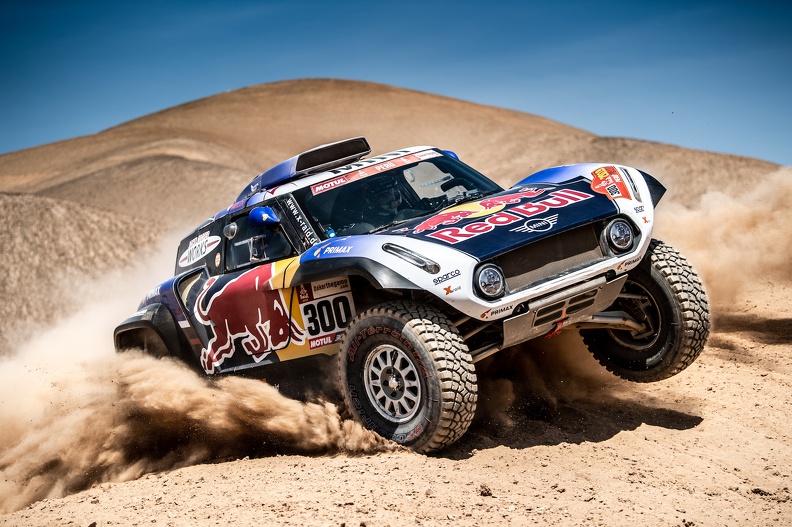 Tomorrow is a rest day and the crews will be able to recover from the exertions of the last few days.

Lee's get this party started! Sharqiyah Baja is on

Watch out! Monday is coming! 😉 @yazeedalrajhi /

Somewhere over the rainbow 🌈 Last bivouac of @d

Just a chit-chat in the middle of nowhere, keep sc

Everybody has their own @dakarrally 🙃 #Dakar20