The dust has already settled after the end of the 2019 Dakar Rally, it’s time to look back to the good and bad days in Peru. Although in terms of the number of race days and kilometres it was shorter, the 2019 edition of Dakar Rally is considered by most competitors as one of the toughest ever. For Tomas Ourednicek, however, it has been the most successful so far both in terms of the overall position and stage results: together with co-driver David Kripal he finished the 41st Dakar Rally in an excellent 17th position and clocked the 15th fastest time in Stage 9 in a huge and star-studded field, finishing for the fifth time in six Dakars and all three as a driver. In category T1.1 the crew scored the 8th place.

“On the first day, the fuel was burning, but despite that we finished as the fastest Czechs on four wheels which was a quite promising start for us. In the second stage, unfortunately, we lost the 6th gear and that slowed us down significantly, but apart from these we had no major technical issue with the car. But we decided to take a more cautious approach and to concentrate on reaching the finish line because we realised quite soon that this year’s Dakar is maybe more dangerous than ever, there were many terrible accidents.”

Unfortunately, Tomas and David also experienced this darker side of the Dakar in Stage 4. “We tried to overtake a car and the wind was blowing from the right side. We tried to pass him on the right side, but he was probably not seeing us, and was pulling a little bit to the right, in our way, so we had to pull to the right, too, to avoid the crash. But there was a big hole there and we crashed into it at high speed. The hit was really horrible! In the first moment I was expecting the car to roll, but fortunately we stayed on the wheels. When we got out of the car, we were surprised to see that the car was not damaged at all, only the front plate bent and our throttle pedal was gone,” the driver explains their hardest moment in the race. 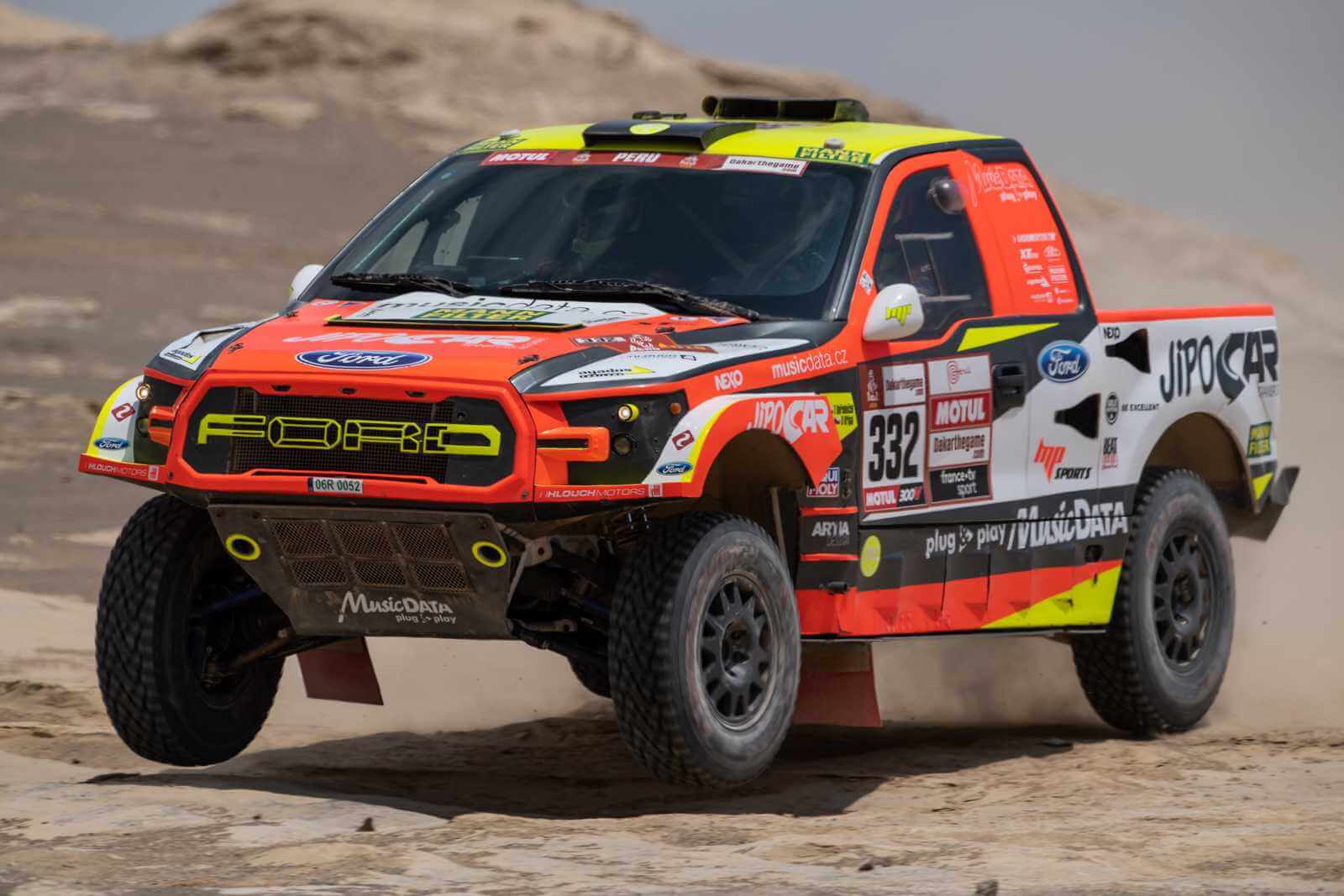 The last days of the rally brought milestones in the racing career of Tomas and David: their best stage result, an excellent 15th position in Stage 9 and a fantastic 17th place in the overall classification at the end of the rally. The 17th place has a special meaning for Tomas personally: his daughter celebrated her 12th birthday on the 17th January, the day of the finish and asked her father to bring home the 17th place for her as a birthday present – well, mission completed!

For co-driver David Kripal this was the second participation in the Dakar Rally. After the successful but very adventurous 2018 edition the contrast was huge…
“This year’s Dakar was completely different than my first one last year. This year we had almost no technical problems and no stories, but we returned home with a 17th place which is a quite good result for us. As for navigation, this year’s roadbook wasn’t really informative, it practically only contained the directions and almost no information about the dangers and this is reflected in the many accidents. Tomas did a very good job during the whole race and we are very happy with our result.”

“The team and the car worked perfectly. It has been my best Dakar so far, not just for the result itself but also for being part of such a very well organised, truly professional team, and there is a good chance for this cooperation to continue. But the first task is to recover fully, to bring my body in a hundred percent shape and only after these can I start thinking about races.  I would like to say thanks to all who helped us on our way from the accident to the start of the Dakar and throughout the race, especially to Martin Prokop and all his team. I’m very grateful that our sponsors stayed with us in the hard times and kept supporting us also when the future wasn’t clear at all. Their trust was a great drive for us to find a way to be able to take part in the Dakar. And I also want to say big thanks to all our fans, the support we got through social media and other channels was really touching and inspiring,” concludes Tomas Ourednicek. 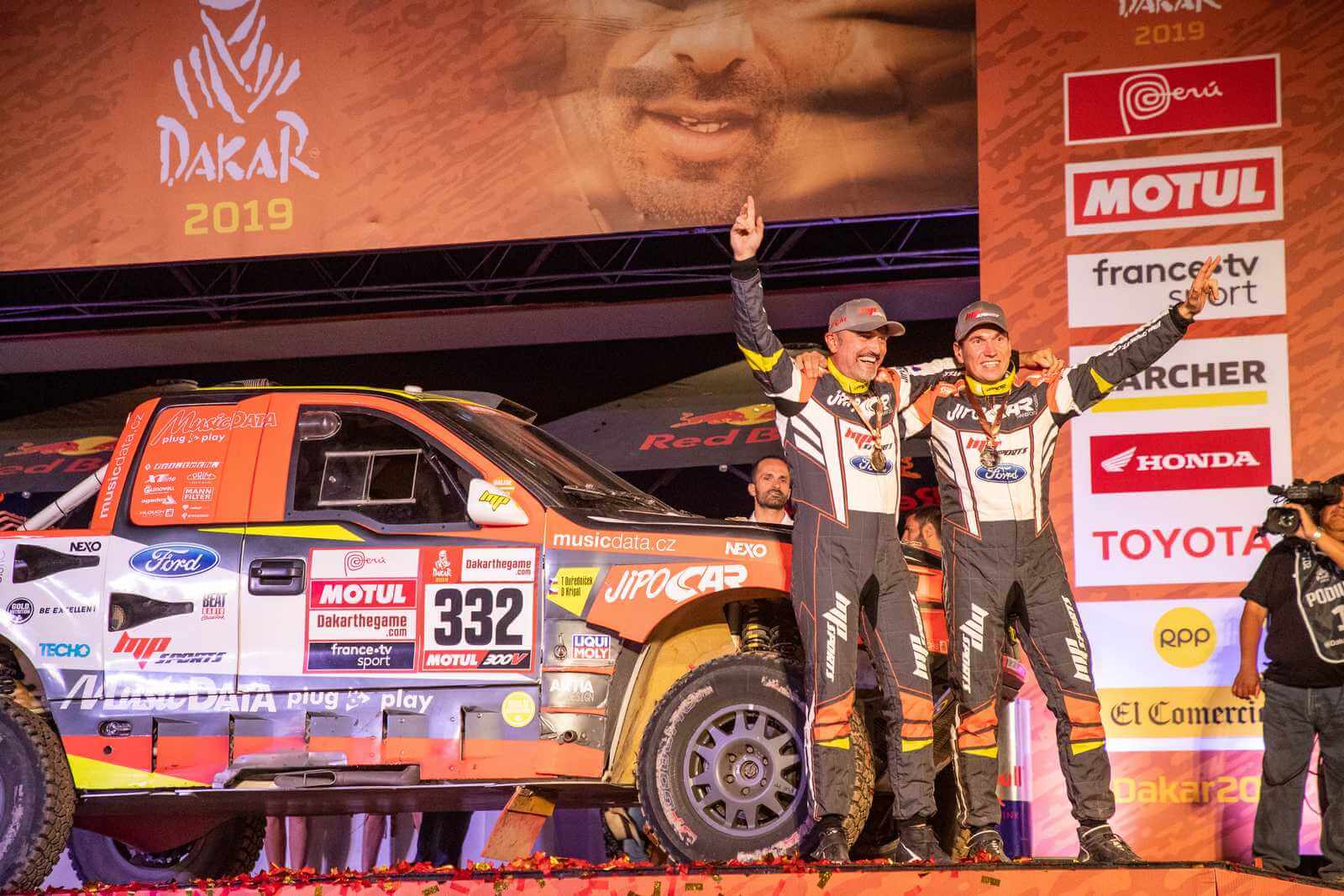 About the team
Racing career of Tomas Ourednicek started back in 2008 when he became the co-driver of Miroslav Zapletal. The crew finished in a superb 7th position (3rd in category T1.1) in their first Dakar together and went on to win the Hungarian and the Czech Championship title as well as some excellent results in the World Cup in the next months. Despite suffering a big crash during the 2010 edition of the Dakar Rally they worked their way back to the elite, finishing 4th in the FIA World Cup for Cross-Country Rallies in 2011.
After starting (and finishing) in trucks in the 2012 edition of the Dakar and a short break in 2013, Ourednicek decided to return to the tracks for the 2014 season, but this time at the steering wheel. As vehicle, he opted for a Hummer H3 EVO and he finished second in the FIA Central European Zone Championship right in his debut year. Two years (and as many category championship titles) later, he decided to take another step forward, and from the beginning of the 2017 season, he drives a Ford Ranger Dakar under the flag of South Racing Central Europe.
With his new co-driver David Kripal they scored a victory in their first ever race together, Morocco Desert Challenge, the biggest rally-raid event in Africa, in April 2017. Due to an accident of Kripal, the crew couldn't take part in as many World Cup events as they wanted, but still they were able to finish 8th in HunGarian Baja and be among the best 15 in the two biggest events of the World Cup, Baja Aragon and Rallye OiLibya du Maroc.

Over 130 entries in cars / trucks category for @ba

Hello, Friday! Weekend is just around the corner!

Need for speed! 🚀 @joanbarredabort - winner of

Oops, they did it again! 😀 @nasser_dakar and @m