5000km in the sand, 2000km of special stages, more than 500 competitors, and 3 competitors of ORLEN Team among them. In a month, the Polish rally team will stand on the starting line of 41st Dakar Rally in Peru.

On 6th January the best drivers and riders will start the 41st Dakar Rally. This time their rivalry will take place only in one country – Peru – and competitors will face the rally marathon in dunes. On the starting line in Lima the most experienced Polish rally team will also appear – for ORLEN Team it will be already 19th participation in this rally. Kuba Przygoński, Maciej Giemza and Adam Tomiczek will appear in Peru thanks to support of the strategic sponsor, PKN ORLEN, in headquarters of which the last press conference before the January rally was held.

- Engagement of PKN ORLEN in motorsposrts is a natural direction of fulfilling our marketing strategy. We carry out a number of activities building an image of our products as reliable, working in extreme conditions. Wide and faithful bunch of fans of motorization, especially those cheering ORLEN Team crew, is a confirmation that we chose the right direction. ORLEN brand is now present with its products in 90 countries on all continents. Our support to the crew taking part in cross country rallies, and also cooperation with Williams Racing announced recently give us an opportunity to build wider recognition of ORLEN brand, as well as relations with our stakeholders from all around the world – says Anna Ziobroń, Head of Sports Marketing, Sponsorship and Events.

The competitors themselves focused mainly on the route and preparations. Organizers prepared the sandiest Dakar in history, consisting of 10 stages and 3000km of specials.

- For sure it will be a different Dakar than usual. Shorter, very unpredictable, it will include about 70% of riding on sand and dunes. Until now I’ve taken part in Dakar Rallies where this proportion was not higher than 20%. It may happen that somebody will be leading, and then will stuck and lose everything. For sure a lot of things will happen, but we have many kilometers on route under the belt, we are perfectly prepared – says Kuba Przygoński, ORLEN Team competitor. – Having achieved the victory in World Cup and 5th place in Dakar 2018, we aim at fighting for the podium. It will certainly be tough – we have strong rivals: Sebastien Loeb, Carlos Sainz… and they are only two of 12-15 extremely fast competitors. Now it’s time for physical training – I go to the gym several times a week, and Tom chooses bike. I’d also like to go to the desert before Dakar, to train, “meet” the dunes – adds Kuba Przygoński, winner of FIA World Cup 2018.

- We are on the home straight for Dakar, we have one more training in Dubai ahead of us – we want to remind ourselves how to ride in dunes. I know Peru from the last edition of the rally, so I hope that not many things will be a surprise to me. I like riding on sand, and it will dominate this year’s route. The rivalry appears to be extremely tough – in the end, long-distance rallies and Dakar itself attract the best competitors from different kinds of motorsport – says Maciej Giemza from ORLEN Team. 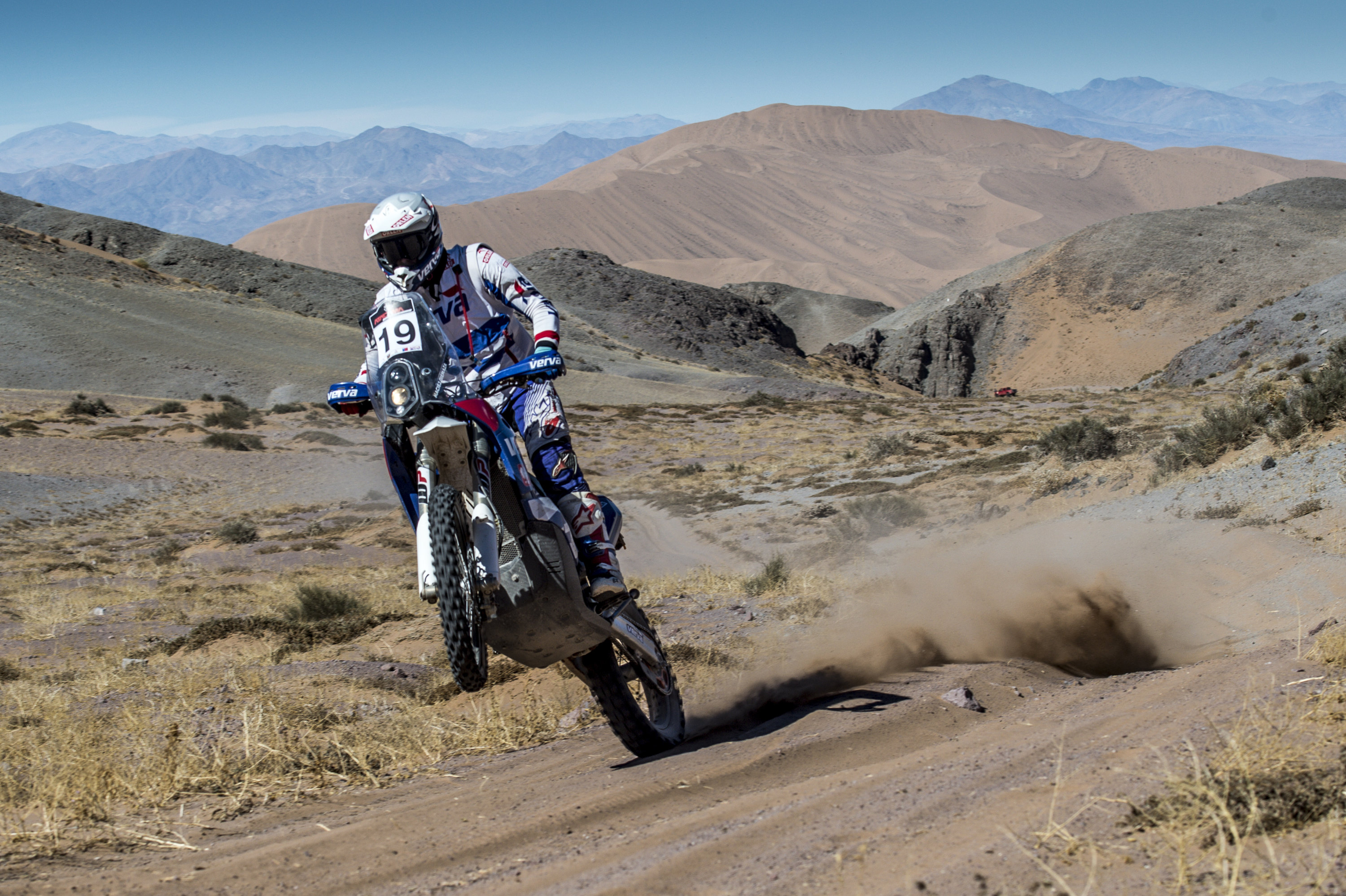 Adam Tomiczek, who couldn’t take part in the last Dakar because of injury, and during his debut in 2017 he got pneumonia, is duly cautious about the rally.

- I’m in a good shape, but Dakar is unpredictable and everything is verified on special stages. The competition is great, at least a dozen of competitors or so will fight for victory. I’d like to avoid mistakes and reach the finish – that’s all I’m interested in. Admittedly, the route is shorter than usual, but for sure adequately technically more difficult. There seems to be a fight on every special – with my own weaknesses, atmospheric conditions, visibility. I will do my best to get to the finish line – says Adam Tomiczek, ORLEN Team competitor.

Marek Dąbrowski and Jacek Czachor – two of the first ORLEN Team competitors, who over the years appeared on the start line of Dakar Rally many times – also were present at the team’s press conference. These experienced riders paid attention to difficult route and demanding competition.

- It seems to be an extremely tough edition of the rally. Peru will greet competitors with beautiful, but very tricky landscape. They will have to cope with some of the biggest dunes in the world. At the moment, it’s hard to talk about goals – it would be good to make better results than in previous editions, but reaching the finish is the key. Kuba is in great shape, he will certainly fight for the highest goals. As for Maciek and Adam, considering appearance of extremely strong world top competitors, places in top 20 would be great results for the very young  competitors who are just getting into this sport – says Marek Dąborwski from ORLEN Team.

- Before Dakar 2019 we hope for the best. As for Maciek and Adam, the goal is to make better results than in previous editions. They have a hard training camp in the Netherlands behind them, and earlier a successful season as well. It’s good that they’ll take part in this rally together – it’s always an additional motivation. As for Kuba – there is no other competitor in the world, who would have driven so many kilometers in official events before the rally. Great shape, great cooperation with the co-driver makes me able to seriously think about the podium – adds Jacek Czachor from ORLEN Team.

41st edition of Dakar Rally will start on 6th January 2019. Organizers prepared 10 stages and one rest day. Start and finish of the rally will be located in the capital of Peru, Lima. More than 500 competitors will take part in the rally and will tackle more than 5000km. There are 11 Poles on the entry lists – 3 of them are ORLEN Team competitors. 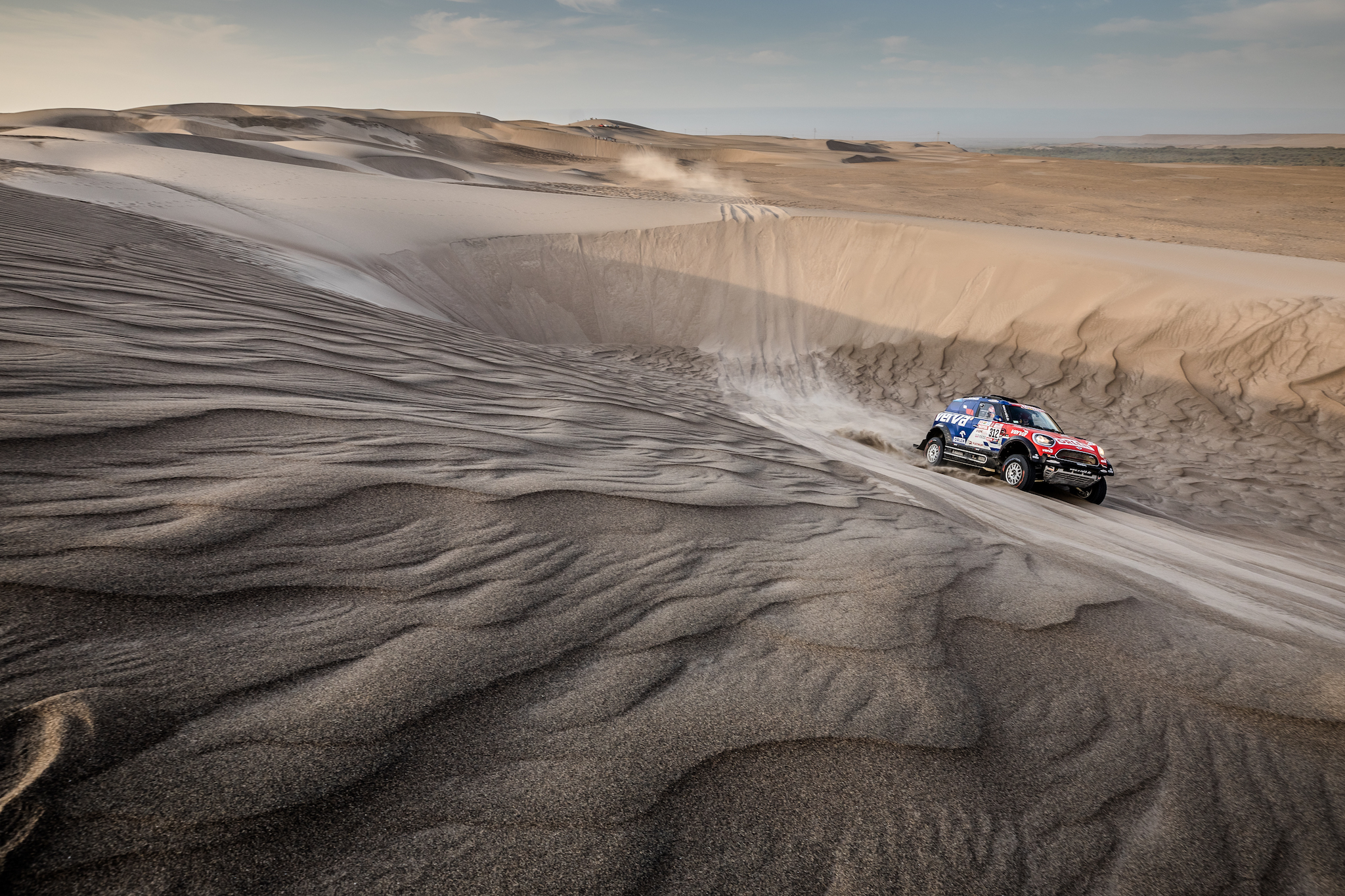 Rushing into the new week! 🚀 @yazeedalrajhi & @

Over 130 entries in cars / trucks category for @ba

Hello, Friday! Weekend is just around the corner!

Need for speed! 🚀 @joanbarredabort - winner of

Oops, they did it again! 😀 @nasser_dakar and @m